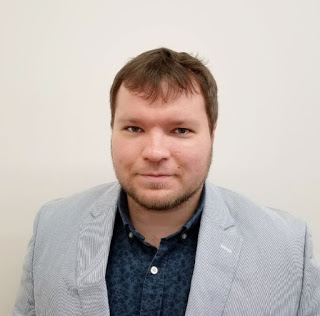 Hello everyone,
My name is Dmitrii (Dima) Pastushenkov. I am a PhD Candidate in the Second Language Studies Program at Michigan State University. I hold a bachelor’s degree in intercultural communication and foreign language pedagogy from Tver State University (Russia). While I was a student at Tver State, I also worked as a lab assistant and later as a junior scientific researcher in the Department of Physics. In Tver, I also taught my first foreign language classes: English at Middle School #48 in 2010 and French at Elementary School #12 in 2011. After completing my compulsory military service in 2011-2012, I decided to continue my education. I hold two master’s degrees from Kent State University: a dual MA in translation/MBA and an MA in TESL.
As a graduate student at Kent State, I had the wonderful opportunity to return to teaching. I worked as a Teaching Assistant/Resident Advisor at the Russian Language and Cultures STARTALK Foreign Language Academy during the summers of 2013, 2014, and 2015. I built on these experiences by joining STARTALK at California State University, Northridge in 2016 as the lead instructor in the intermediate group. Many of my students received scholarships such as NSLI-Y to study abroad in Russian-speaking countries, and they later chose Russian as their minor or major. In addition to my Russian classes, I also taught various ESL courses: grammar, reading, speaking, IELTS preparation, and transition to business.
In 2017, I joined the Second Language Studies Program. I was a research assistant for Dr. Shawn Loewen, who is also the chair of my dissertation committee (Drs. Aline Godfroid, Jason Merrill, Masatoshi Sato, and Paula Winke). At Michigan State, I have taught Russian 101 and LLT 496 Practice in Adult ESL Teaching. I have also assisted in Dr. Loewen’s LLT 361 Second Language Learning online course. As a researcher assistant, I have worked on multiple research projects, including “Exploring the Research-Pedagogy Link” (with Drs. Shawn Loewen, Masatoshi Sato, and Dustin De Felice). Currently, I teach Russian 102.
I am the first graduate student from Russia to have received a fellowship from the Cultures and Languages across the Curriculum Program at the Residential College of Arts and Humanities. In this program, I facilitate weekly language immersion sessions and participate in guest lectures about my country’s attitudes toward minority languages, as well as the representation of Russia in the media. Transformative pedagogy is at the heart of what I do at RCAH, as it is a central idea of my teaching, research, and volunteer work. My goal is to help people understand different perspectives, go beyond stereotypes, and “transform” their preconceptions about Russia and foreign languages. As a volunteer, I have become a “cultural ambassador” for Russia by participating in different cultural events, including the Okemos World Languages Program and other projects organized by the Center for Language Teaching Advancement, the Russian tea hour at Kent State University, the Russian conversation hour at Michigan State University, and so on.
As a researcher, I strive to bridge the gap between SLA research and language pedagogy. My primary areas of research are instructed SLA and psycholinguistics. I am particularly interested in second language peer interaction, learned attention, and individual differences in SLA. Over the years, I have developed an interest in researching Russian SLA, an understudied area within our field. I hope to develop effective teaching and learning strategies by investigating the interplay between cognitive, affective, and social individual differences. During the summer of 2019, I had the opportunity to present my research to a group of professors at Middlebury, one of the leading Russian language institutions in the United States. Overall, I have presented my studies at over 10 conferences and symposia. I have publications at different stages: two research papers in press; one book chapter in press; and three research papers and one book chapter under review. Also, I translated a bilingual book for children called Olaf and Friends. Currently, I am in the final stages of translating the second book in the series.
I have actively participated in the Second Language Studies Program as a volunteer. I was the program coordinator of the 2019 Second Language Research Forum. Also, I am the 2019-2020 Second Language Studies Co-Chair of the Student Organization of Second Language Acquisition and Pedagogy. Make sure to attend our events.
Finally, you should know that I am a movie geek and a big fan of Russian rock music. I love contemporary Russian literature, specifically the works of Victor Pelevin. If you want to learn more about me, please visit my website.

Categories: In The Spotlight
Close Menu